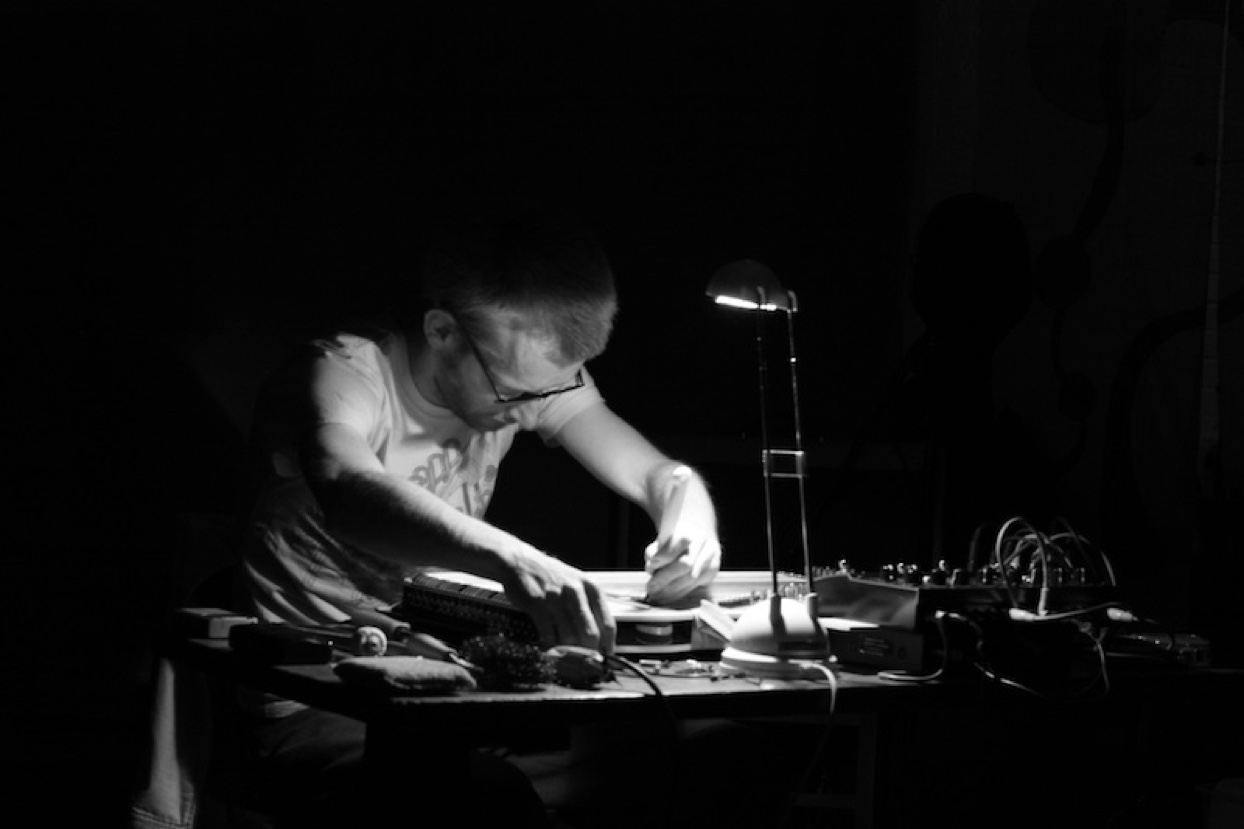 Machinefabriek is the alias of Rutger Zuydervelt. Rutger’s music combines elements of ambient, noise, minimalism, drone, field recordings and electro-acoustic experiments. His pieces can be heard as an attempt to create sonic environments for the listener to dwell in. Finding tension in texture, tone and timing, the result can be very minimalistic at first glance, but reveals itself upon closer listening. The devil is in the details.

Rutger was born in 1978 in Apeldoorn (The Netherlands) and now resides in Rotterdam. He started recording as Machinefabriek in 2004. After a series of self released cd-rs, his official debut Marijn was issued in 2006, with great critical acclaim. Since than, a solid stream of music was released on labels such as Type, Important, Home Normal, 12K, Entr’acte, Dekorder, Digitalis, Experimedia and Staalplaat. He performed all over the globe, from Canada to Israel and from Russia to Japan.

He frequently works with film makers, like Makino Takashi, Mike Hoolboom, John Price, Paul Clipson and Chris Teerink, for whom he composed a soundtrack for his documentary about Sol LeWitt. Rutger’s music was also used in Edward Burtynsky’s documentary Watermark and Josh Fox’ Gasland and Gasland Part II.

Then there’s Rutgers installation work, in which the dialogue with the environment plays an important role. He did projects for Stedelijk Museum Amsterdam, NAi (Dutch Architecture Institute), the new Armando Museum MOA, Sounds Like in Saskatoon (Canada), the Into the Great Wide Open Festival and Netwerk in Aalst (Belgium).