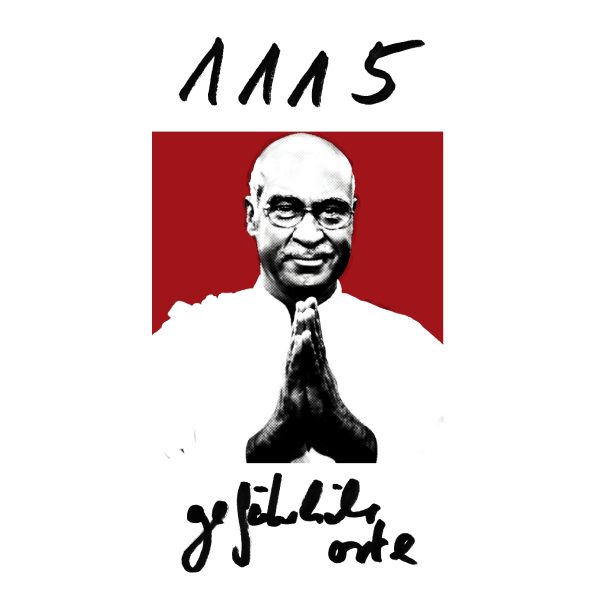 This product will be available on MC eventually. Full length download / listen here:

“Gefährliche Orte” or dangerous areas is a term the german police applies to specific spaces, in order to legitimise the means to prevent “potential danger”. It serves as a limited state of emergency, allowing police to use unconstitutional practices such as racial profiling, to control drug trafficking, sex work or migration.

To 1115, “Gefährliche Orte” serves as an allegory for specific moments in our improvisations, in which a structure begins to take shape, but is not yet fully realised. It is the tipping point (the roots) at which a drugdealer may turn into a political agitator. It is that moment of dislocation when two subjects share their ideas and an unruly third option unfolds, which neither agents could have foreseen.

As exemplified above, in retrospect, “Gefährliche Orte” are rationalised and uncertain or vague moments often become strategic points. But how do we describe vagueness? How do we record and represent it?

On this tape, we mixed vague and uncertain moments from our post-europe live improvisations in a two part dj-set, thus creating new unfamiliarities and obscurities.