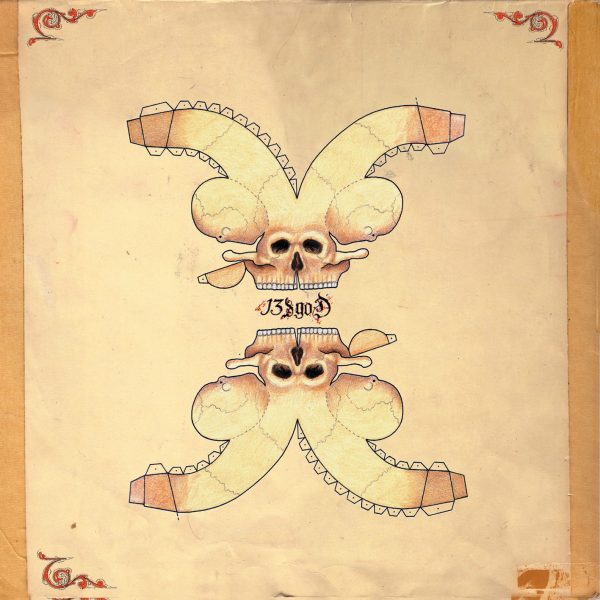 The “Men of Station” 12-inch is the world’s first introduction to the musical monument that is the 13+God LP—the auspicious meeting of minds and bodies that emerged from a German September shared by anticon’s themselves and their friends in the Notwist. 13+God’s debut single bleeds warmth and love out onto riding melancholia. The plain words of Markus Acher steal the spotlight, curling themselves around the band’s music, while B-side “Soft Atlas” showcases some of doseone’s finer neuroses. His poetry calls the earth’s axis into question over a track that pulses with punched-out drums, only to be leveled by subtle guitar pluck and vocal harmony.
Exclusive to this release are two sweeping remixes. The icy cold atmospherics of 13+God’s “Into the Trees” are reimagined in dub by why?, who hijacks dose’s lyrics and completely resings them in his characteristic drawl. The other remix, “L’atlas Flexible/Von Gradleute,” is Hrvatski’s skittering six-minute mashup of “Soft Atlas” and “Men of Station.” It’s a gorgeous rebirth that only hints at the genre-defying range found on the upcoming full-length.