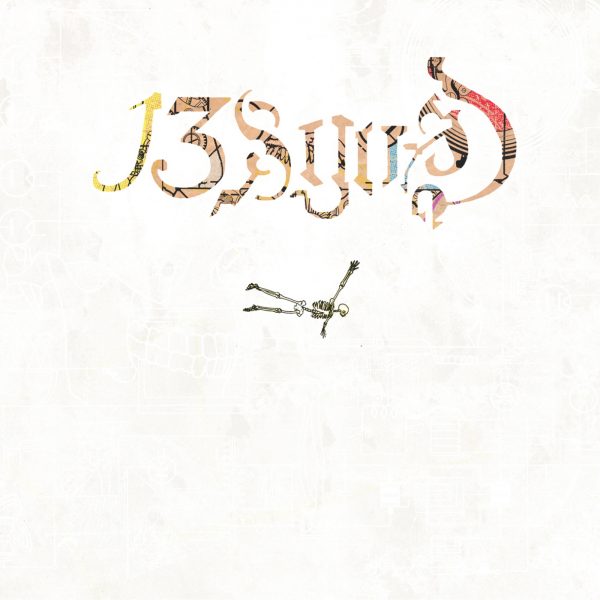 Ever since sales figures for physical records started to dwindle there has been a debate surrounding the future of the album format. Some people claimed that download practices of the average music fan would make the album as we know it redundant. There were already obituaries for the album as an art-form being published and those who declared that they only listen to single tracks on their iPod anyway. This served as a reminder that the LP was originally nothing more than a collection of a particular artists recent singles anyway. Whether 13&God were thinking about any of this when they started work on their second album „own your ghost“ or not is a different question. Although one might suppose so. For although „own your ghost“ in no way overpowering, it is so diverse that one sometimes has the feeling that one is listening to a compilation. Whoever opens themselves to this album is letting themselves in for an emotional rolercoaster of uncertain terminus. Everything seems to be possible on this record: deathly sad, enchanting indie hymns. Sharp stinging raps by Doseone with his distinctive voice. Understated grooves, Krautrock tracks, melancholy, lightness…
Take a closer look at the many layers that go to make up the tracks on „own your ghost“ and many similarities between the songs are revealed. 13&God dispense with any explosive effects in favour of a mild sound. But within the frame chaos rules within the songs. There are single-minded arrangements which are clear and simple on the surface while their complexity unfolds far in the background. Like another world hidden behind a curtain, that one only needs to pull a little out of the way in order to see. This world also comes from all the field-recordings and interludes which aren’t really interludes at all as they really belong to the songs. The give the songs another dimension, as if voices from other worlds were whispering in the background. And they hold the album together like a huge clamp. So „Death Minor“ for example is in a 70s R&B Style, with an opulent arrangement with strings and horns, quite in the spirit of Bobby Womack or The Brothers Johnson. „Oldage“ has a light swing-feeling to it while „Et tu“ is a driving krautrock number. „Janu Are“ has a groove as cool as the winter month after which it is named.
The songs sung by Markus Acher, The Notwists main singer, are a tonic for all who seek sympathy and forgiveness in pop music. We hear songs which appear to do with loneliness and forlornness even if the lyrics deal with an altogether different subject matter. These are songs which bring out fears and doubts together in beautiful harmonies. That all changes though when one of the rappers from Themselves grabs the mic. Then we’re not dealing with pop songs any more but with hip-hop. Hip-hop with a spin on pop music that has nothing to do with contemporary mainstream rap at all.
The lyrics and song titles are another strength the album and one that binds it together. For on „own your ghost“ 13&God are dealing with life’s big topics: growing old, death and mortality. In other words they are concerned with issues that pop music has traditionally left behind. Lyrics and song titles such as can’t get the eat out of death, death major, old age, unyoung, to end, belong down etc. are like a read thread through pretty much all the songs. And the front cover depicts a weightless skeleton floating through the air.
13&God were founded in 2004 under adventurous circumstances by members of the bands Themselves (Adam Doseone Drucker, Jeffrey Jel Logan, Dax Pierson, Jordan Dalrymple) und The Notwist (Markus and Micha Acher, Martin Gretschmann). According to the legend the idea for the project was born on the highway near the Canadian border. A burning laptop and a stuffed fox apparently played central roles in the event.
This transcontinental supergroup brings together curiosity, openness and ability. The Notwists signature is unmistakable – the absolute blueprint for experimental indie pop. The same goes for the Anticon band Themselves. That such different musicians time and again continue to surprise their listeners is to their highest credit. „own your ghost“ gives us a sense of how 13&God manage to stay afloat on a see of possibilities, rather than becoming shipwrecked on it.