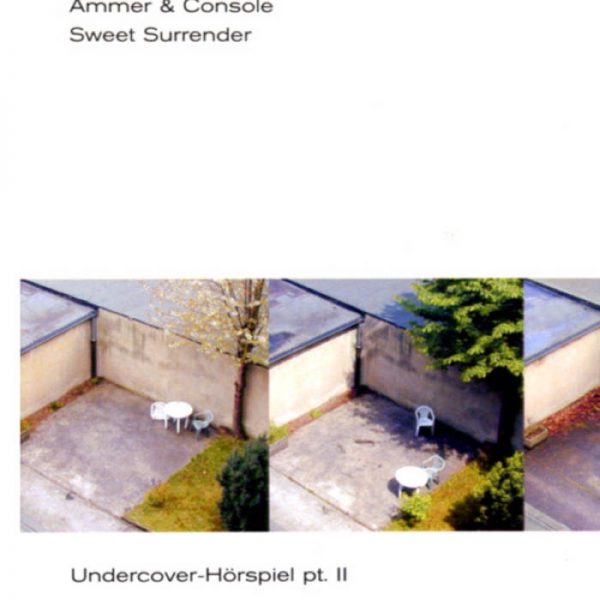 A liaison of trancetracks, reality show and grand emotion: “Sweet surrender” is a logical continuation of the award-winning radio play “On the Tracks” by Ammer & Console (WDR 2002 / code 06). In “Sweet Surrender” six stalkers set out once more to shadow unsuspecting fellow humans, trying to snatch from them the secret of their existence. This time the rule of the game is: “Follow your love!” – always with the recording device at hand. The protocols of the shadows lead along deserted roads, through cemeteries and red light districts to one’s own front door, right into the heart, and around gaping wounds to the final kiss before the open microphone. Passion unfiltered, love seen through the magnifying glass … and the music playing seductive tunes all the while.

Only form distinguishes this work of art from real life: 15 musical tracks weave these captured love stories into an acoustic portrait of our longings, and they sound very much like life itself: serious and menacing, serene and full of relish.

Andreas Ammer, born in 1960, is a journalist and freelance radio and television author. He has produced several award-winning radio plays, in collaboration with FM Einheit and Ulrike Haage among others. Ammer’s and Console’s most recent production was the radio play “On the Tracks“ for the WDR, which won the ARD-Online-Award.

Console, born in 1973 as Martin Gretschmann, is a musician and a genius of sound. Apart from his work as “Console” (“reset the preset”) and various projects with other artists, he plays in the band “The Notwist”