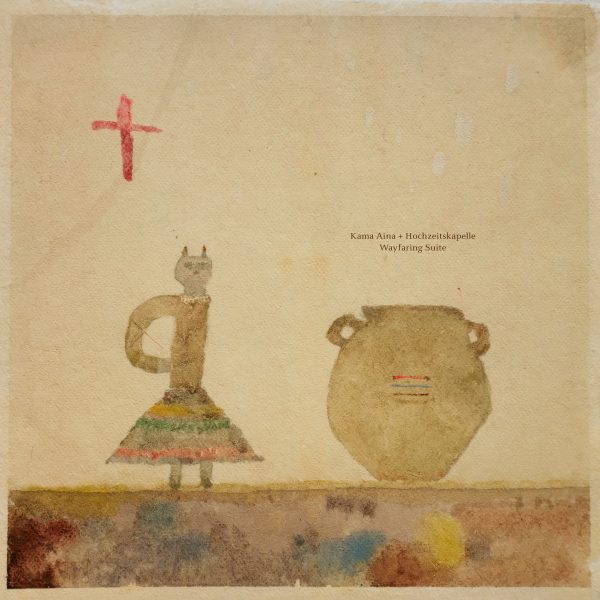 Kama Aina is a drifter, a wanderer, a wayfarer. A composer full of wanderlust, who keeps getting itchy feet, and at the same time: a global islander. That’s because Kama Aina’s actual name is Takuji Aoyago, he’s originally from Tokyo. Currently based in Okinawa, yet another island, he never stays home for long, but keeps traveling the globe, visiting islands in search of new sounds, new sonic experiences. Earlier finds, from Hawaii, for example, or Bali, served as inspiration for albums such as “Club Kama Aina”. And “Kama Aina”: that’s Hawaiian; it means “indigenous person” or “island dweller”.

As a musician, and quite simply as a human being, Kama Aina ain’t no island, though. That’s because wherever he goes, he’s not only searching for new sounds, but also for new people – for kindred spirits. Having first discovered a few in the middle of the Pacific Ocean, he now found more likeminded folks – in Bavaria. Strictly speaking, it was the other way around: Munich-based Hochzeitskapelle discovered him. That’s because Hochzeitskapelle – Markus and Micha Acher, Mathias Götz, Alex Haas, and Evi Keglmaier – they’re also experienced sonic explorers, known via various outlets and constellations, including The Notwist, Le Millipede, Unsere Lieblinge or Mrs. Zwirbl. As Hochzeitskapelle, they usually focus on cover songs, playing their loose-limbed, rumbling, foolhardy jazz tunes mostly live, in bars, in parks, out in the streets.

One of Hochzeitskapelle’s go-to cover tunes has always been Kama Aina’s “Wedding Song”. An “incredibly beautiful song,” according to Markus Acher, a truly magic tune. Well, at some point they wanted more of the wizardry, and so they asked Kama Aina to write more magical tunes for the group. The result of this approach is Hochzeitskapelle’s new album, “Wayfaring Suite”.

An album that comprises ten playful, minimalist instrumental tracks: ten small islands, full of riches. So rich, in fact, that Hochzeitskapelle approached them in an unusually smooth and uncluttered way: humble and focused, the group, clearly under Kama Aina’s spell, moves into uncharted territory – because finally the time has come for a joint expedition!

The journey opens with a gentle glockenspiel, soon joined by plucked viola, and an accordion that’s gone with the wind after settling on one chord that keeps coming back. Once the trombone enters the picture, all sustained minor tones, we’re already cruising, a long way away from home. With all sails set, and both Kama Aina and Hochzeitskapelle in charge of their instruments, anything can happen…

Wait, what is this? The sound of a guitar, carried over from that island over there? Now it’s a trumpet, snare drums marching off – a welcoming committee perhaps? No, wait, and please show some respect: what we’re hearing now, that’s more like a funeral march. Next, a plucked banjo. Is that New Orleans in the air? Nah, that lively guitar is certainly from Hawaii. And so we’re still moving, still traveling…

Onwards through the glaze of aquamarine waters, buoyed by majestic-sounding trombones, while the double bass keeps booming gently from the depths below. Overhead, the viola lifts off, checks the scene from high above. There’s a toy piano, carried up and down by the billows, and thus we keep moving from one island to the next, greeted by a xylophone, soon followed by a singing saw. And eventually, we do return, satisfied and filled up with all these riches, all these different sounds.