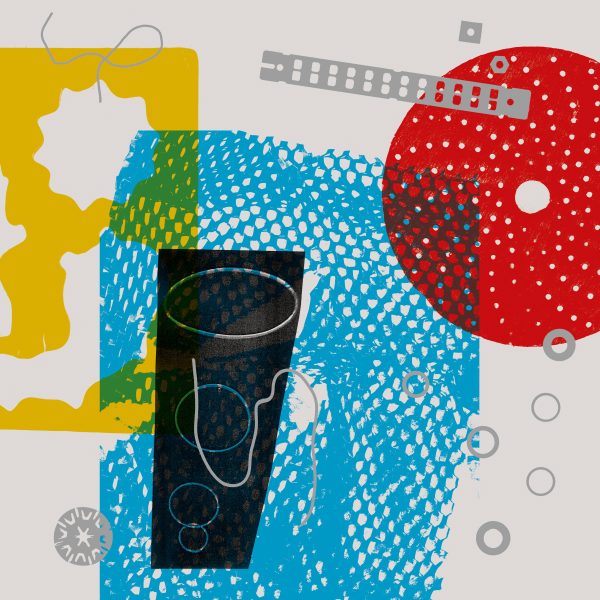 “I always have a spatial vision of music” says Cico Beck, mastermind of Joasihno and bandmember of The Notwist and Aloa Input. Sitting in his basement studio among self-made synthesizers, records and weird instruments, he points at a tiny robot beating an electronic drum: “That’s one of my new musicians”. Alongside Nico Sierig, bandmember and co-producer of Joasihno, the band will be accompanied by a robot orchestra.

But first things first. The third album Meshes is a spectacular transformation. “I always had an experimental set-up and some sort of rules for the production of my records… but not this time”. If you imagine Meshes as a certain space, you are standing in an endless glossy black room surrounded by flashing stroboscopes with Joasihno in the centre of a blinking cloud of strange objects which sound like some kind of synthetic whales. Glimpsing from the back: the robot orchestra. With mere fragments of this vision, Cico Beck took off for Berlin to meet co-producer Tad Klimp in one spring night 2015. Some ecstatic sessions later the vision was evolving: “Nuh Nuh” – an experimental electronic piece winding into infinity with a friendly grin, reflecting the amplitude between modular synthesizers and Fisherprice keyboards. Once you’re under the hypnosis of this soft monster, you are floating peacefully into the new world of Joasihno’s Meshes. Despite a plethora of oscillating ideas and acoustic bubbles, Joasihno never lose touch with the Listener, while sailing placidly through all aspects of Beck’s vision of electronic anti-pop.

The entertaining Meshes features another 9 sparkling miniature gems, simultaneously complex and accessible, melancholic and hilarious, bright and deep. The music breathes ideas of smart UK-Garage-philosopher Four Tet, the crazy street composer Moondog and some sort of Nils Frahm neo classical approach – and of course: pop music. Even if most tracks deny structures and rules of pop composing, they are always interacting with it – sometimes with a twinkling eye, sometimes in a deep lust for destruction. “In the end I found out, that I was approaching my own roots, the vision I had when I started Joasihno. I wanted the music to be more raw, intuitive and playful”. From this perspective, Meshes is some kind of liberation for him: “I had a good time ignoring popular music” he says with a grin on his face. His former records “We say: oh well” (2011) and “A lie” (2013) were acting in the space between Iceland and Africa. Meshes puts a new spot on his musical map: New York – residency for the great magicians like Steve Reich, Philipp Glass and Raymond Scott. The transformation to the complex electronics of “Meshes” is both harmonious and unavoidable. This transformation was just a matter of time for a magic man like the 31-year-old Cico Beck: with his fuzzy-head, professor’s attitude and two meters height, he’s always looking for a new expedition into extraordinary acoustic spaces. The journey from Iceland to Africa to New York is just about far enough for this trip – but the next destination is about to appear.