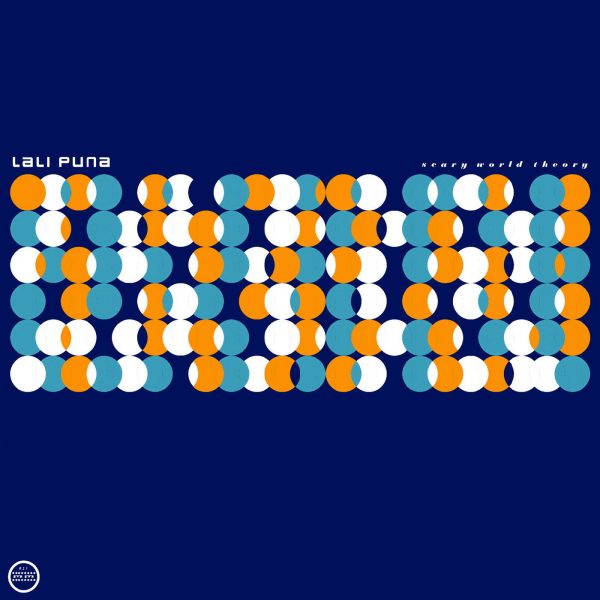 Right now Lali Puna are favourites of both Radiohead and Andrew Weatherall – a few months ago the latter admitted he was listening to Lali Puna on a never-ending loop…. (Les Inrockuptibles | 06.2001).
For the last three years Valerie Trebeljahr has been quietly whittling away at her very own blueprint of pop music. Steering well clear of prevalent harmless geniality, her aim is to cleverly and intelligently dissect our perception of the world around us.
After initial, tentative solo ventures on a four track and contributions to the Hausmusik `Reihenhaus-7″ series as well as `The Safe Side´ on Belgian label K-raa-k, Lali Puna have now become a fully fledged band, carefully selecting band members (from Console, Notwist, Tied and Tickled Trio, Iso 68, Fred is Dead) as well as infrequent collaborators (Bomb the Bass, Two Lone Swordsmen). Following last years album debut `Tridecoder´, their latest offering `Scary World Theory´, again released by Morr Music, has now achieved the perfect combination of pop and (personal) politics.
Behind ostensibly shy, almost withdrawn vocals Valerie is by no means coy about confronting the world’s ambivalent status quo, bluntly documenting current conditions underneath putative fragility. And the music, too, demands our full attention. Between hummable chords and sometimes soothing, almost hypnotic monotony, each repetition discloses multi-layered complexity as well as cleverly hidden counterpoints. No matter if atmospheric (Satur-nine), exuding classical warmth (Contratempo, Lowdown) or quietly breathy (Scary World Theory) – again and again Lali Puna tear heartbreaking harmonies from the sparsest of arrangements. `50 Faces Of´ rewinds the beat to move our feet with funky House breaks, intersected by stubbornly chirping electronics.
Nevertheless, Lali Puna’s precision is best revealed on `Nin-com-pop´ or `Don’t Think´, here seemingly unemotional reduction coaxes its way into our ears with unflustered self-confidence and refuses to go away.
Produced by Mario Thaler (a.o. Notwist, Slut) `Scary World Theory´ is a confidently melancholic album quite happy with itself. And willing to spread that happiness. If we’re prepared to let it enter our lives, that is.
“Every time I play the record to someone, they fall in love with the music and I simply have to let them have it. Coward that I am, I’m on my fourth copy now.” (Colin Greenwood, Radiohead on `Tridecoder´)