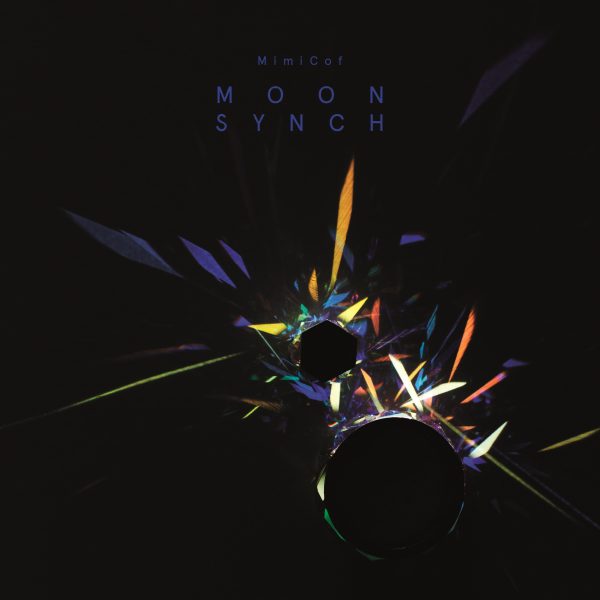 Could be just a coincidence, but to complete its orbit around the earth, it takes the moon not only 27 days and 7 hours, but also an additional 43,7 minutes – which happens to be the exact duration of MimiCof’s latest album: An experimental sonic link between human and celestial bodies, mind and machine, gravitational ripples and rotations, Moon Synch is the result of an intricate search for converging frequencies, a wordless account of well-modulated speeds and interlocking spheres.

Kyoto-born, Berlin-based MimiCof, who’s also been releasing music under her actual name Midori Hirano since 2006, quite literally breaks new ground and ventures into uncharted territory on this album because she’s chosen a whole new musical vehicle: “This LP is based on the recordings I made with a Buchla synthesizer during my residency at Stockholm’s EMS Elektronmusikstudion,” says the composer, sound artist and producer from Japan who grew up playing the piano, an instrument she eventually studied as well. “It was the first time I worked with an analog synthesizer – and a whole new experience.”

The results of her initial Buchla explorations are utterly hypnotic, cinematic layers of samples and loops, an unfolding narrative that’s based on an eclectic spectrum of recorded material: “There were no fixed references, no preconceived ideas,” she says. More like “looking for the missing piece of a puzzle,” MimiCof ventures further and further into a realm of electrified oscillations and sonic tides with each new track: There’s a whole range of different frequencies interlacing, contracting, copulating and thus forming larger sculptures and higher crests (“Rising,” “Dropping”), until the first hints of melody flare up in the outer regions of space (“Burning Lights”)…

Moving on and past the outer orbits, the pressure increases: bass lines cut through thick layers (“Parallel Roads”), there’s an ominous vibe (“Yellow Town”), but the spirit of discovery still sets the tone, pushes things forward. Slowly adjusting different velocities and frequencies – think of those hypnotic rotating scenes in Kubrick’s “2001” –, the beat fully drops with “Dropping”, a tune that also features her main instrument (the piano), until a single note and swathes of bass wash the pulsating sine waves away.

It’s towards the end of “Opal” that suddenly all frequencies are truly in synch and congruent: This is the foundation for slow-moving, shimmering rays of light that finally fill up the entire space on the title track. Perhaps it’s just another cosmic coincidence, but Midori Hirano’s recent “Minor Planet” album (Sonic Pieces) ended with a track called “Rolling Moon”: Having repeatedly expressed her love for stargazing, rolling moons are indeed the kind of celestial bodies she heads for and ultimately captures with this new release.