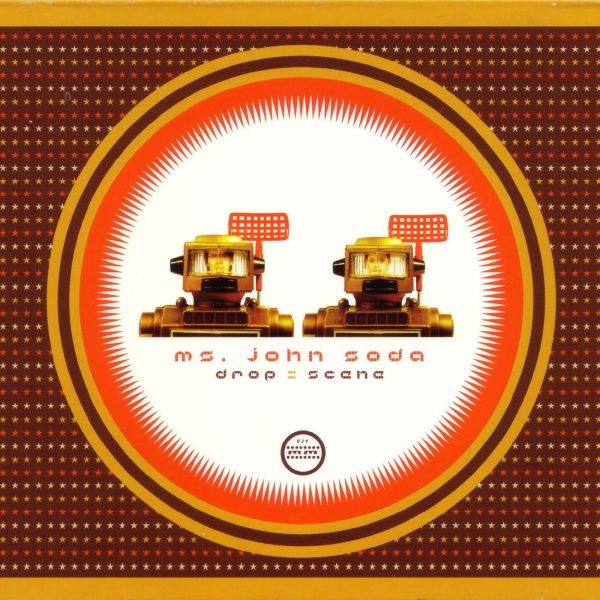 On their album “no p. or d.”, released on Morr Music in October, Ms. John Soda have taken unusual steps towards a new pop direction, where the melody, clarity, emotional directness and timelessness of song structures supersedes the importance of aural experimentation. At the same time they wanted to employ classical instruments such as bass, guitar, drums and keyboards and they wanted to rock –with a constant glance at the careful balance between instruments and electronics.
Now the E.P. “Drop Scene” is a straight continuation of this idea, and like no other track the heated „Go Check“ distils the basic gist of this album.
“Done Twice”, on the other hand, explores the other end of this band’s eclectic spectrum as it is possibly the one track most committed to the exploration of electronica, a unique static miniature while still a song.
“Solid Ground” and “Elusive”, on the other hand, were reworked by other artists. Roberto di Gioia is a jazz pianist who pursues electronic projects (both his own Mars Mobil and together with e.g. Martin “Console” Gretschmann) – his “Solid Ground” piano version is closer in spirit to a classic cover version than a remix, a tightrope walk between reduction and kitsch, overexposing the track’s melancholy while steering the accentuation of the melodic essence into a poppy direction.
The “Elusive” rmx was done by Max Punktezahl (Contriva) and Florian Zimmer (Iso 68), or rather their joint project Jersey. A small epic, almost twice as long as the original, defined by the inimitably fragile sound of Punktezahl’s guitar and loop-based, lavish electronica.