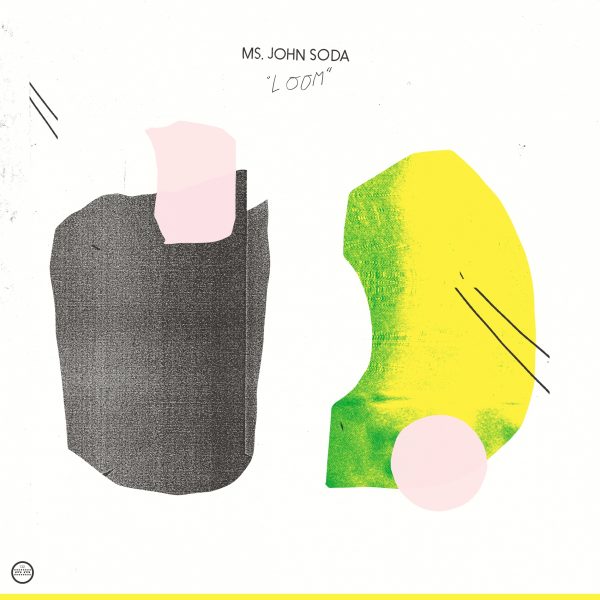 Something is looming on the horizon, a flickering presence, a sparkle in the twilight, hardly visible at first, then slowly taking shape and finally coming into view: “I will depart/I see, I will, I won’t go far,” Stefanie Boehm (Couch) sings on “Sirens”, one of 10 tracks Ms. John Soda have recorded for “Loom”, their first album in eight years – and it’s true: It’s a return that often feels like yet another departure, like it’s time to say farewell once again, one last hug and off it goes into the valley, where life is already waiting.

A lot has changed since Ms. John Soda released the first 7″ back in 1998, since Micha Acher (The Notwist, Tied & Tickled Trio, Alien Ensemble) joined Stefanie Boehm and completed the creative nucleus of this band around the turn of the millennium; day-to-day life indeed feels different some 16 years later (and half as many since the release of their sophomore album, “Notes and the Like”), but the basic chemistry, the intricate balance of electronic and analog molecules that orbit this nucleus – and thus, the resulting mood and vibe -, they’re still recognizable, still undeniably Ms. John Soda: Whether it’s the dense, intensely rushing soundscapes of “Hero Whales”, numerous layers pushing and taking off into the same direction, the propelled clatter of “Sirens”, a track like “Millions” that blows off more and more steam, a glistening, wheezing sort of madness even (though there is a tender side to it as well), the perpetual, magic lantern-like motions of “Name It” (think Trish Keenan and Broadcast) or the gradually descending melodies of opening track “In My Arms” – they’re all lined with a certain tension, underpinned by a certain atmosphere, a unique brand of melancholy that never quite gives in, keeps searching for new outlets and answers.

The album title Ms. John Soda have chosen for their third full-length, “Loom”, obviously hints at this feeling of re-emergence, gathering and looming, but according to the singer, it also refers to a weaving loom: It’s about “weaving and combining a vast number of influences, ideas, instruments, melodies, rhythms, and layers to create a whole,” says Boehm, whose vocals span these new tracks like thick, reliable ropes that glow with marine luminescence. “It’s about weaving individuals into a group (‘Millions’), weaving and merging former ideals and hopes with reality (‘The Light’), combining ‘hi’ and ‘bye’, beginning and end (‘Hi Fool’), interweaving opposite or contradicting concepts, such as pushing forward vs. being pushed (‘In My Arms’).” And while the weaving, just like life itself, can easily get out of hands, “because you lose track, and yet life goes on (‘Name It’),” a lot of these songs – e.g. “Hero Whales”, the billowing “Sodawaltz”, “Fall Away” – revolve around a shimmering sense of something we can’t quite grasp or put a finger on just yet: “Intuitions, hopes, dreams, wishes, affinities, distances, temptations…”

Whereas Cico Beck aka Joasihno (drums, electronics), also part of Aloa Input and the latest addition to Ms. John Soda’s live band, and drummer Thomas Geltinger helped out on various tracks they recorded with Oliver Zülch in Weilheim, Boehm and Acher were also joined by Karl-Ivar Refseth (percussions) and Matthias Götz (trombone). Together, they keep feeding the loom with countless spools of yarn, until epic piano closer “Fall Away” seems to offer a temporary respite: “find your way/take the dry suit off/for a night”. Time to rest, to take a deep breath. Or is it already the first rays of dawn looming on the horizon?