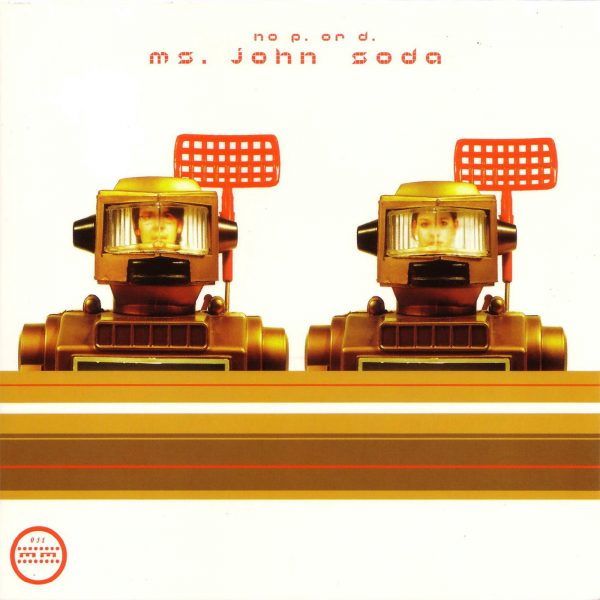 Ms. John Soda are Stefanie Böhm and Micha Acher, both part of the creative sphere around notable German label and distributor Hausmusik. After the overwhelming media attention bestowed upon the latest albums by Lali Puna, The Notwist and Tied & Tickled Trio, now a wider audience, too, has realised that the German region between Landsberg and Weilheim harbours an extraordinary density of fascinating music per capita. Micha Acher is involved with some of the best known and most significant of these projects (The Notwist, Tied & Tickled Trio, Village of Savoonga) while Stefanie Böhm plays keyboards with Munich-based instrumentalists Couch. Both have been collaborating on music for nigh on 10 years and have released two Hausmusic albums in the mid-90s as Ogonjok.
Ms. John Soda, on the other hand, started out as Stefanie’s solo project, with a first single four years ago already stirring up interest at Morr Music. Initially, this sparked off a contribution to the first Morr compilation (Putting the Morr Back in Morrissey), another project on which Micha Acher features prominently. During the last two years (and in-between numerous tours and recording sessions with their other bands) and without a concrete publication goal the two kicked off an intense musical exchange. It soon became clear that Ms. John Soda would become their “pop project”: the melody, clarity, emotional directness and timelessness of song structures would supersede the importance of aural experimentation. At the same time they wanted to use classical instruments such as bass, guitar, drums and keyboards and they wanted to rock –with a constant glance at the careful balance between instruments and electronics.
Together with producer Mario Thaler Ms. John Soda have recorded an album with its very own voice in the „Sound of Weilheim“ context. If the need should arise to label Ms. John Soda “Indietronics”, then we should also resurrect the capital I in Indie. Because it is here that one of the genre’s sound ideals, “to rock without rocking” has been carefully, but determinedly, unearthed. This undoubtedly makes Ms. John Soda a Morr Music band project that dares to venture further out of the safe harbour of aural abstraction than any other and fulfils the old claim of creating a truly touching pop record (and this time and finally without any consideration for a possible inclusion on trendy DJ mix compilations).
Live Ms. John Soda will perform together with Thomas Geltinger (Couch) on drums and Carl Oesterhelt (Carlo Fashion, FSK, Merricks) on percussion.