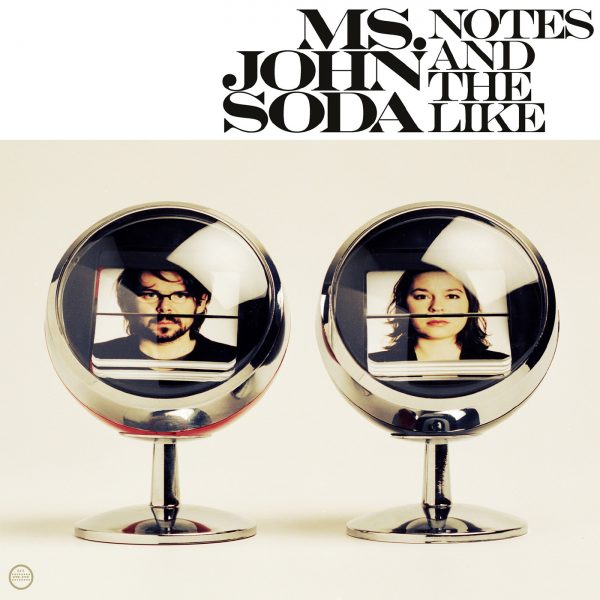 To start with a little story: A story of a band, let us call it Ms. John Soda, and a concert journey that led up to Canada and nearly would have gone wrong because of a missing visa of Misses. John Soda. Or Mister. John Soda? The misunderstanding was quickly cleared up but maybe the lady of the Canadian consulate has put us on the right track.
During the past years John Soda was a little robot on t-shirts, tour leaflets, on the first album’s cover “no p. or d.” (09/2002). A robot, this analogue way of imagining the digital world. The human being imagined as a machine with all its little faults, doubts and passions. And also Ms. John Soda stand for an analogue idea of digital music – or precisely vice versa. Also with all their little faults, doubts and passions. “Things may seem somehow unsure in times”, it says in one of the questioning moments of “notes and the like”. “There is no view that’s not produced in one person’s mind”, it says in another place. Stefanie Böhm sings through her and our world beyond all too simple truths. She shows us images. More clearly she shows how these images become blurred and fade. “hiding / fading”, being a song on the first album.
“notes and the like” has become a songwriter album. Loud and soft, warm and wide-awake. What may astonish in so far if one has been able to experience one of the energetic concerts of Ms. John Soda – More human being and less machine, thus? Rather vice versa: The little robot has extensively rummaged in the instruments’ chamber. Ms. John Soda have extended the direct address of their concerts by softer and more many-voiced articulations. Undisguised and close, the voice and the melodics of Stefanie Böhm. Around there are ensnaring bass guitars, carefully assembled percussion sounds, synthesizer, a string quartet, a soft vibrato, a glockenspiel.
“scan the ways” is a hungry track with an almost nervous start. Basses whine, electronics squeal, the vocals are performed via spoken words, and, it addresses you. Clearly. “A million times” begins as a chamber musical excursion, silent and indulging. It shows how far Ms. John Soda have gone on this – their second – album. Gone far but still close to themselves. Intimately close in many moments. Cosy and uncanny at the same time. Finally “plenty of” closes “notes and the like” nearly cinematographically. Like the last picture of an italo western movie, the heroes ride into the sunset, if we would not have just learned from Ms. John Soda that it is not that easy with heroes at all.