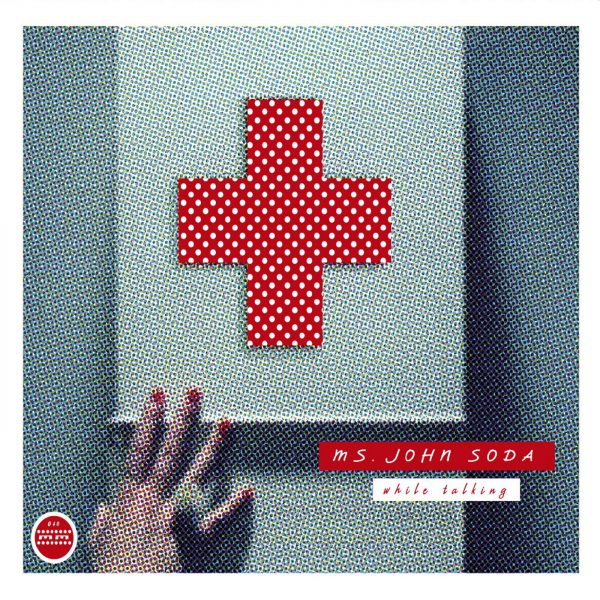 Ms. John Soda are Stefanie Böhm (Couch) and Micha Acher (The Notwist, Tied + Tickled Trio). Their debut album „no p. or d.“ was released in autumn 2002 and probably marks the most timeless piece of pop music on Morr Music to date. On this record, emotion extended a friendly hand to sophistication. „No p. or d.“ quietly attacked the notion of contrasts allegedly excluding each other and it replaced an „either / or“ by a unifying „and“.
The song “sometimes stop, sometimes go” on the new mini lp „while talking“ again presents the essence of Ms. John Soda’s understanding of themselves. It says „”it’s not about saying yes or no / it’s not about a stop or go / it’s more about what is within and how you get there in your mental scene (…) it’s not about being right or wrong / it’s not about being weak or strong”. Life just cannot be painted in black and white.
„While Talking“ is both the study and result of constant exchange between human beings and it deals with communication in numerous ways: conversations that work and sometimes don’t, contradictions, misunderstandings and the incapacity to make oneself understood as well as to fully understand someone else.
The opener „No .One“ presents itself almost defiantly. Compared to the debut, the song’s calm sections appear more epic, whereas the expressive elements seem to be even more „in your face“. The spectrum of Stefanie Böhm’s and Micha Acher’s musical influences is more varied than before. They use anything ranging from distorted punk bass to psychedelic twang sounds. „If someone would know“, for example, is reminiscent of cruising through a desert by night just like in a David Lynch film. „I think it could work, Marylin“ reanimates Marylin Monroe and Elvis taking a walk up in the mountains. Although Ms. John Soda’s expression has become more varied, Stefanie Böhm’s charismatic and beguiling voice remains the central element in all the songs.
One cannot help but notice that Ms. John Soda has grown to be a much closer unit over the last year. Their ability to transform the entire range of human emotions into musical expression is breathtaking.
„While Talking“ is highly emotional, unpretentious and in the best sense melancholic pop music. It may also be the most wonderful music guiding you through this year’s fall. Ms. John Soda’s music does not want to be analysed. It needs to be listened to, felt and experienced.
Apart from four new songs, this mini lp comprises an excellent medley-remix of different songs from „no p. or d.“ by Anticon supergroup Subtle who are releasing music on Lex Records. Furthermore, the cd version of „While Talking“ will include two quicktime music videos of Ms. John Soda’s songs (soon available for download on www.morrmusic.com).