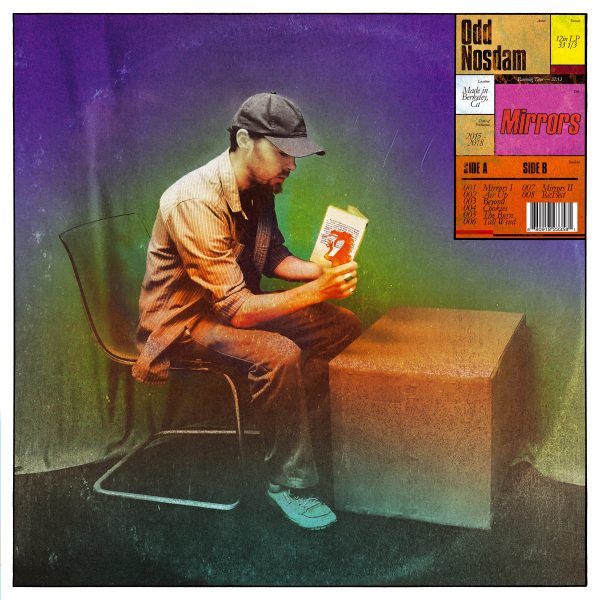 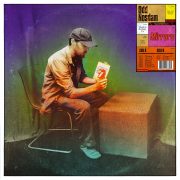 This spring, acclaimed abstract hip-hop producer and cofounder of Anticon Records, Odd Nosdam, will release MIRRORS – a new LP via Alien Transistor. Composed entirely of found sounds, most of them sourced from rare and private press vinyl, MIRRORS’s instrumental beats and sound collages pulse with a sense of exploration and rediscovery that has been Nosdam’s calling card since the turn of this past century. Its every track presents a treasure trove of unique aural gems, each nestled in atmospheric textures that swirl like a cloud of dust just blown off of some once-overlooked heirloom.

Designed specifically for vinyl, the record’s A and B sides play out like a pair of cohesive psychedelic dreams. Yet even a skilled psychoanalyst would struggle to categorize these reveries as either pure seraphic bliss or full-on nightmare. By sneaking strategic bursts of beauty into MIRROR’s more sinister beats (“MIRRORS I”) and by lacing its largely angelic compositions with foreboding tones (“THE BURN”), Odd Nosdam has crafted a record that is not only engrossingly nuanced, but that captures a highly specified, often hypnogogic, mental state with breathtaking accuracy: cognitive dissonance.

The sensation of experiencing an emotion that runs in direct opposition to one’s circumstantial narrative – a sense of melancholy when things are ostensibly fine, a smile as the world seems to crumble – may once have been predominately the stuff of dreams. But in our current age of ebullient social media fac¸ades, and at a sociopolitical moment when joy feels like an aberrant blip in an up-scrolling sea of horror, MIRRORS provides an unsettlingly apt soundtrack to the waking experience of the modern era.

Oneric interpretations aside, at its core MIRRORS is simply a stunning and dynamic beat tape. As he has for two decades – whether in crafting instrumentals for avant-rap legends cLOUDDEAD and art-rapper Serengeti, soundtracking skate videos for Element Skateboards, or adding to his prolific catalog of solo recordings – Odd Nosdam uses his special knack for marrying monolithic, lumbering drum arrangements with novel melodic flourishes to create a breed of experimental hip-hop music entirely his own. An evocative record that seamlessly blends transcendence with menace, MIRRORS is a captivating addition to the producer’s body of work and one that will continue to leave listeners awed by his creativity, versatility, and his singular vision.