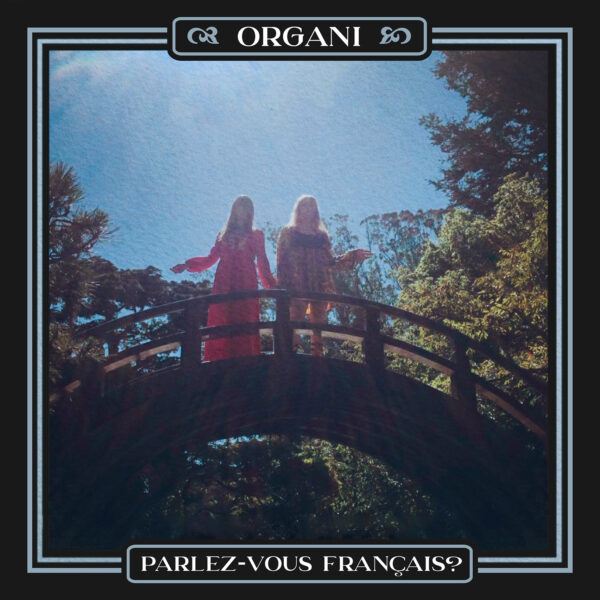 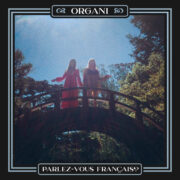 A quick, spontané voyage to the French Riviera ca. 1968, good times long before things went south, Organi’s “Parlez-vous Français?” is a woozy, tripping, soothing sojourn: DIY dream pop, hazy psychedelia, blurred-but-steady beats dripping down the golden boulevard, complete with mystical chants, a dash of half-remembered Franglais that goes down like some vintage eau-de-vie. There’s a fine massage waiting behind those venetian blinds. Pay half an hour, you’ll be relaxed and revived after 22 minutes. Très irrésistible when streamed, Organi’s haunting, hard-boiled French lesson is even better with that classique vinyl crackle in the mix.

Whereas the theme tune “Organi” comes with big drums, big organ, seductive overtones, pure hypnosis, “Whispers” is the soundtrack to some kind of psychedelic campfire tableau vivant: all brumeux, hazy, with spare guitar, Gauloises or Gitanes dangling, a glass of Bordeaux waiting on the dusty old amp, and featuring guest vocalists Yea-Ming Chen & Susy Borhan. It gets even more Parisienne after that: a French woman just knows how to look classic, even when all she’s got is some attitude, a ramshackle tambourine, a craving for old Sukia weirdness and those budget-couture “4 Dolla Jeans”…

Clearly in love with analog equipment, Organi turn The Vaselines’ “Slushy” into a slow- moving, bottomless lullaby – “… you’ll never miss what you never had” –, and the femme fatale minimalism of “Stay The Night” is too magnétique and alluring: A fuckin’ sexy chanson, très léger and yet such a hard-knockin’ head-nod anthem, it’ll make you stay for sure, hungry for la petite mort.

Before the expansive denouement – a bank robbery in style: with bangs and a bucket bag (“Danger Walked In”) – the session gets super loose on “The Getaway,” head scarves and berets shimmering in the cabriolet, and featuring Jena Ezzadine on vocals & Headnodic on bass.

Mike Walti aka Organi is an Oakland-based musician and producer. A third generation Bay Area native, Walti has been running wyldwood Studios in Oakland CA for 10+ years (recording artists like Why?, Latyrx, Del, Dan The Automator, and Big Freedia, to name but a few). A longtime friend of Odd Nosdam, he loves to work with analog equipment (“We just love us some analog!” “Just listen to those relays purr…”). Recorded and mixed by Mike Walti at wyldwood, and mastered by Odd Nosdam.