Putting The Morr Back Into Morrissey 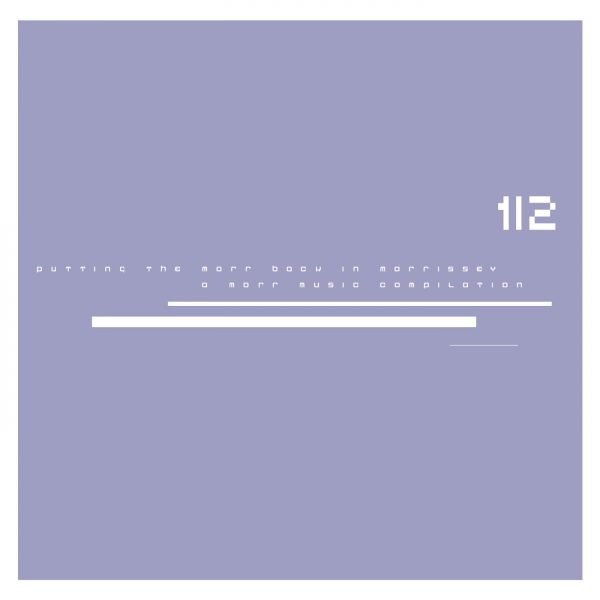 It basically all started, when a band from southern Germany suddenly realised that a band from the South of England produced the best music one could put on a turntable. So, Morr Music, back then busy negotiating an album deal with this English band and flatmate of one of the members of the German band, together with Markus Acher from The Notwist invested some monmey in a long-distance call, destination UK, to both tell Isan how great they were and to book an appointemnt in Isan’s studio to work with them. Isan liked the idea, because they also admired their German Notwist collegues. However, Isan’s studio was about to move into another house and not really wired-up and both parties agreed that it’d be better not to disturb the studio while moving houses and to do a split-single later on, maybe with remixes. Yeah, that’s what we gonna do, take care, speak soon.
More than a year later, this split-single became a colorful, friendly double-CD, full of incredible beautiful music. Mainly because there are of course more musicians admiring each other, happy aot any sort of possible colloaboration. Said and done. From that point on, the phone at the Morr Music HQ never stopped ringing. Contacts were established, DAT’s distributed and deadlines set and cancelled. Wonderful things were about to come. Music without the world could possibly not survive, a sonic field trip of people who’d stay together forever, spend hours on the phone, exchanging soundfiles and ideas. Here, Berlin is as important as Cologne, Munich, Toronto, Southend-On-Sea, Vienna and Leipzig. Isan are remixing The Notwist and vice versa. Bernhard Fleischmann gives Blond a treat, Flowchart works on a Lali Puna track, Tied & Tickled Trio is de-jazzing Kandis. The participant’s list reads like the ‘Who Is Who’ of electronic scouts.
However, not only the original Isan/Notwist split single somehow grew out of proportions. Morr Music itself as a label got bigger and bigger, installs new email accounts for new artists on a daily basis and has releases a couple of pretty nice records. So, the remixes are only one aspect. The double-CD also features new, unreleased tracks from old and new Morr people. Manufracture, who has a brother called Phonem, The Notwist, who, whenever in Berlin, take a nap on Morr Music’s sofa, Lali Puna, Herrmann & kleine, Kleine without Herrmann, Arovane, who happens to live around the corner from the Morr HQ, robot Solvent and Cologne-based friend Kandis to name but a few.
Isn’t it great what can happen when a band from southern Germany calls Britain?