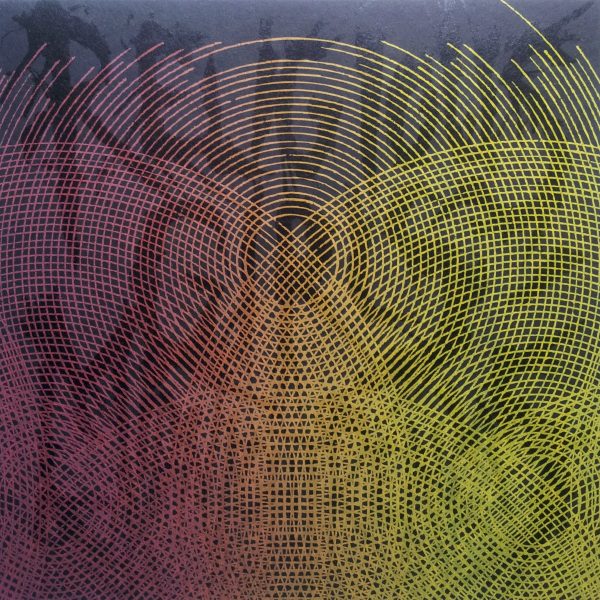 It’s quite telling that Oakland’s Religious Girls dubbed last year’s 45 days they spent on the road “The Shred Til We Ded Tour”. After all, that is what they do, shredding, grinding, pounding, not caring about the right choice of words but busting ass, pushing things forward, pushing themselves, like a tribal congregation of sorts.
Seen in that light, these moments of epiphany fixed on vinyl indeed have a bit of a religious quality. But of course these guys are not really girls, but you knew that.
And yes, so shredding, and riots indeed: It’s also quite telling (and hardly surprising) that Religious Girls would dedicate the first track of their new EP “Midnight Realms” to the man (Oscar Grant) who was tragically shot by a BART officer in their hometown on New Year’s Day 2009, causing a national outrage in the States and sparking riots in the Bay Area. Having all this riotous energy in their sound, all this potential for upheaval and sonic unrest (that’s what two drum-sets can do to your sound), it just makes a lot of sense to channel it with a dedication, to have some kind of a starting point for this track that otherwise changes shape and oscillates between the band’s trademark sounds (simmering and, well, shredding synths, paranoid and banging drum mayhem, sudden and practically wordless chanting in unison) and noisy exaltation. It’s a celebration of a human life ended way too early in way too god-awful a way, so it’s essentially a reversed Nietzsche: The Birth Of Music From The Spirit Of Tragedy.
But let’s put it this way: There’s so many of those awesome oh-eah-ah-ohs, combined with all the oomph underneath, so if Ginsberg was to sing his “Howl” in 2K12, this is what it might actually sound like.
Joining the riots with their personal take on “Oscar Grant”, Oakland buddies James & Evander, infamous for creating some wicked synth-scapes themselves, present a remix version that takes the vocal parts to the next level and drives the unspoken message home with a steadily stomping beat that will leave you nodding “yes indeed” even if you want to say no.
And there’s more: Moving things to some forgotten club in the nineties, Tyler Walker from Murfreesboro, Tennessee, aka Meth Dad joins the party next and presents an altogether different take on Oscar Grant’s tribute track, reminding those still alive that we should keep enjoying ourselves as long as we can. And of course he’s right as well.
The other original track by the three-piece, who religiously tour and kill stages with their experimental/otherworldly antics, caught in the cross-wires between cables and keys and drums, sounds even more like someone’s about to be reborn: “Charity”, with its chanting, its sudden breakdowns between sections of cross-pollinated instrumental/mathematical density and energy, is soon taken apart by Martin Gretschmann aka Console (The Notwist, 13&God), in order to make room for even more rhythmic layers, more subtle sounds and claps, and a healthy dose of reverb. Not so much shredding in this case, but intricately woven structures that grow and wither, grow back only to fade away once again. After this trip from Oakland to Weilheim, sonic sister cities of sorts, Religious Girls get a final remix treatment by Old Arc from Santa Cruz (Austin Wood & Stefen Lazer), replete with sizzling, bubbly beats, disco laser beams, retro-futuristic cut-up techniques and the kind of shredding that’s more rooted in the funk tradition and made for sleazy dance moves (or slick fighting scenes).
Being multi-instrumentalist mavericks and freethinkers, Religious Girls — Nicholas Cowman, Guy Culver, and Christopher Danko — have been around for almost four years now. This new 6-track EP might as well be the kind of gospel they needed, an important recording of their triangular tribal jams to finally convert even the most devout atheists and non-believers. Remember: Thou shalt always shred!