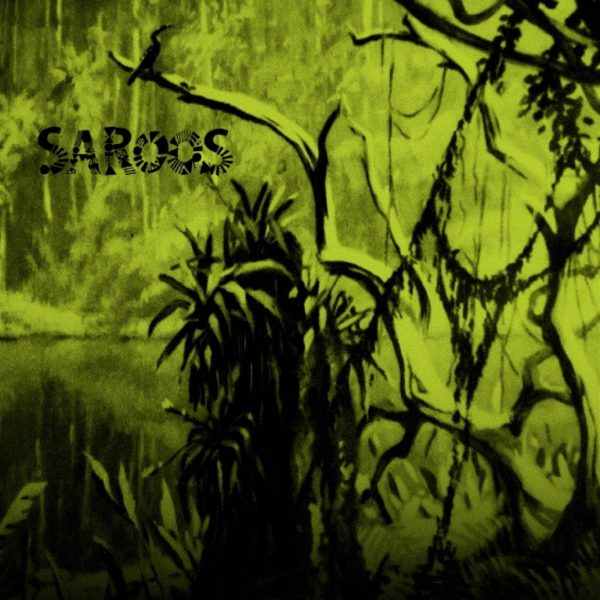 The artwork displays a detail shot of swampland: think of ist vegetation as an exotic contradiction – at once rooted, but in constant motion from the flow of water it is immersed in. What water does to the Hylophytes, the bassline does to the title track of this EP: it circles without wavering; leisurely, yet rumbling.
Saroos are knee-deep in Dub. The bass is a massive grounding force, underlying a dialogue between exotic pop instrumentation (such as Caribbean lap-steel guitars and flutes) and vocal samples. ‘Morning Ways’ shows an eclectic and open side of Saroos never explored before – more than just a good omen for their forthcoming album, as this track is its first single.
With the second song the sky brightens: the minimalistic but playful loops and the slightly dizzying beat of ‘Henderson Island’ (produced
by Schlachthofbronx) leave enough space for a sparkling accordion line.
The third brand new track is a collaboration with Berlin/NYC based band Fenster. ‘East’ is a percussive ballad with traces of recent UK Bass music colliding with erratic and surprising guitar work.
Another collaboration with Life & Limb, which was previously only available in the blogosphere, finally made it onto Vinyl. The EP is completed by two remixes: Dax Pierson (of Subtle) adds a BeatScience/Dub-patina to ‘Fog People’, while Opiate shows his mastery in abstraction, in cutting and arranging things to make them completely new.
For Saroos, this record is a prospect of things to come, as well as an assessment of where they are now and where they have been.