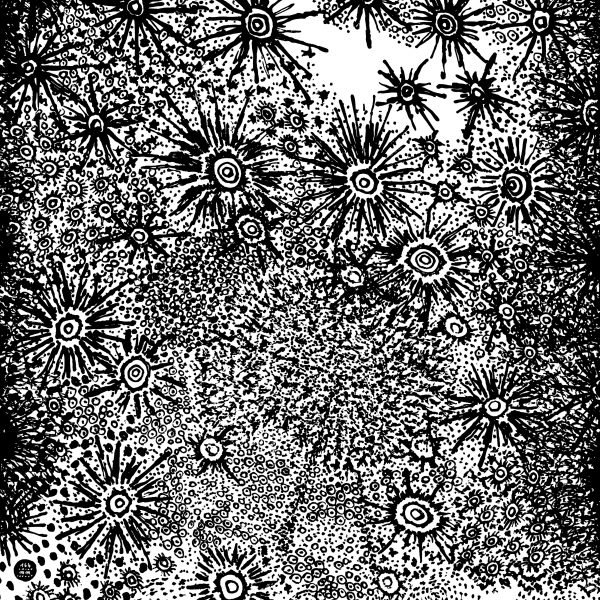 The group is comprised of Tokyo-based duo Tenniscoats (Saya and Takashi Ueno), Markus Acher (The Notwist, Rayon), Cico Beck (Aloa Input, The Notwist) and Mat Fowler (Jam Money, Bons). Crossing boundaries geographically and musically, each member contributes rich experiences in collaboration. But experience can be a tricky friend to navigate, often leaving musicians trapped in their comfort zones. However, Spirit Fest embodies the idea of perpetual motion. Ever-changing and keeping their music alive, the singular souls of Spirit Fest have been drawn together a second time.

In the wake of releasing their first record, the group embarked on an European tour where they found their own distinct character and collective voice. From this shared experience, new songs and recordings followed, encompassing ‚Anohito‘ (Japanese for ‚that person’).

The first two album tracks were constructed on a day off in London. The triumphant opener ,Anohito (Till The Gate)’, an extraordinary minor key title track, sets the tone of the record; Saya’s tender voice and the shimmering, delayed guitars and zither reach delicate and pastoral heights. The loopy folktronica of ‚Fête De Départ’ continues to preserve the pace of the album perfectly.

Spirit Fest recorded the remainder of ,Anohito’ at Markus’s home in Munich. Only Mat operated from London, contributing additional recordings in the form of a tape exchange. These begin with the collective lament of ‚Yuri’s Zahn’, followed by Markus’s evocative banjo pop ‚Look At The Colours’ and the twisted Raymond Scott/Dick Hyman-ish wonk of ‚Ueno The Future’. The album draws to a close with ‚Takeda No Komoriuta’ (‚Lullaby Of Takeda’), a beautiful cover of a dark Japanese traditional, followed by the instrumental track ‚Bye Bye’ – a perfect collage to close and document this rich and playful collaboration by highly imaginative & ego-free musicians.