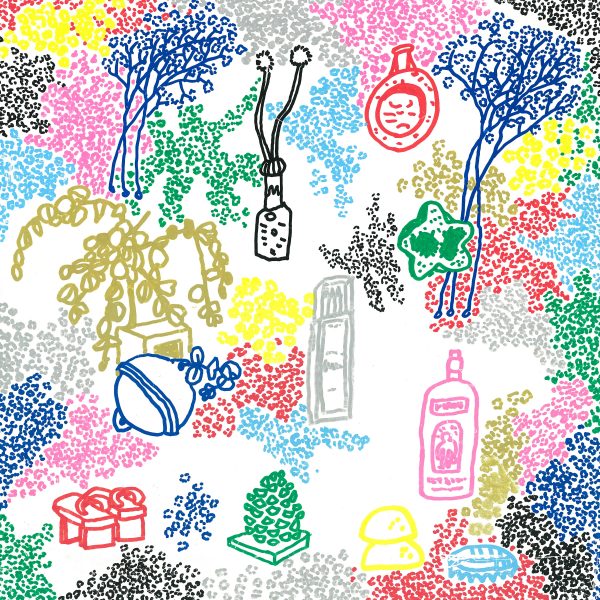 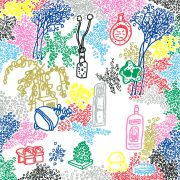 In these dark and uncertain times, there’s an ever-growing collective of peaceful, loving types, bound together by an understanding of one peculiar word: Tenniscoats. Aside from being the name of an influential Tokyo-based duo, it represents fun, artistic freedom, experimentation and – perhaps most important of all – inclusivity.

A Tenniscoats gig is rarely the audience watching the performers. Instead, Saya and Takashi regularly shun the stage in favour of any particular spot that takes their fancy, whether it’s an empty seat in the auditorium or the roof of a neighbouring cafe. In the world of Tenniscoats, music can happen anywhere, and everyone is invited to join in.

During the winter of 2016, the music happened in Munich. As a long-time fan, Markus Acher (Notwist) jumped at the chance not only to put Tenniscoats on the bill at the Alien Disko festival he was organising, but also to invite Saya & Takashi to a small apartment studio, together with Mat Fowler (Jam Money) and Cico Beck (Aloa Input, Notwist). This is where Spirit Fest was recorded over the following 14 days.

Tenniscoats are known for their collaborations – some of their finest work was done in conjunction with Tape, The Pastels, Jad Fair and many others – so making good use of the time and friends available was natural to them. “For me, timing is important,” Saya said. “We met in season, and the song flowers are now blooming!” Mat Fowler recalls the Spirit Fest sessions taking place in an idyllic, festive atmosphere. “Every morning we’d all share breakfast, chat and learn about German Christmas customs. We’d catch the bus in the morning and walk home in the evening. The journey ran parallel to the beautiful flowing Isar River that bubbles, ebbs and flows right through the middle of Munich.”

While Tenniscoats sit at the heart of proceedings, it isn’t their album alone. Markus, Mat and Cico also brought songs, providing a solid base on top of which the artistry could evolve. Mat explains that, “a melody would begin, and slowly, each of us – in our own time – would find our way into the music.

Producer Tadklimp would sensitively set-up around us in this narrow window of time, so as to document that first and intuitive moment of collective discovery.” “Nearly everything was recorded live,” agrees Markus, “playing and singing together in one room with piano, guitars, percussion and some keyboards.” The collaborators came from Germany, Japan, the UK, Greece and beyond. That sense of inclusivity is palpable.

From the tender beauty of Markus’s “River River” and Saya’s “Mikan” to the electro-Merseybeat of Tenniscoat’s “Nambei” and the half-crazed pianica-reggae of “Shuti Man”, the resulting album is a testament to the manner of which these musicians are able to channel their songwriting through their spontaneity. It’s also a snapshot of a gentle and intuitive moment in time – a beautiful meetup that expands this community, happily, even further.