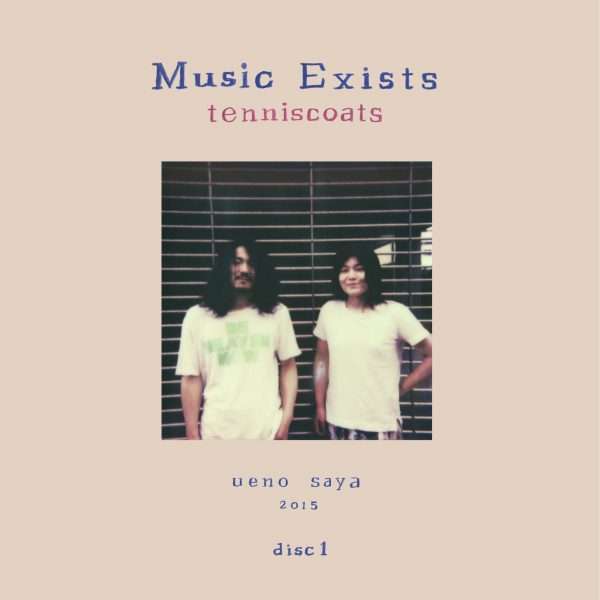 Alien Transistor and Tokyo-based label Afterhours release a vinyl-version of tenniscoats’ masterpiece “music exists”. It consists of 4 LPs, which will be released over the year, full of intimate, wonderful, psychedelic folk-music. With the fourth LP, there will be a strictly limited box available, either for putting in your already purchased other 3 records, or as the whole glorious 4-LP-package.

Tenniscoats have devoted followers allover the world, but their releases were always hard to find outside of Japan. Except for their album “Tokinouta”, which saw a very limited run on vinyl, and the seminal “Two Sunsets”, their collaboration with the Pastels (and a small handfull of 7″s ), there were never any vinyl-releases, and also the CDs were hard to get for any-one, who doesn’t speak or read japanese.

So, this is the chance to dive deep into the beautiful, unique world of the tenniscoats and their opus magnum “music exists”.

The Tenniscoats are a duo that have enjoyed a long career in the music scene of their home country of Japan. They have collaborated with unique artists from different backgrounds (Tape, Pastels, Pastacas and Jad Fair), while maintaining their own laid back approach and sound. Their songs are built primarily from guitar and vocals with lyrical themes focusing on everyday life. It could be their expansion on simplicity that has captivated music lovers of all ages throughout their existence.

While the aforementioned collaborations produced bold and sensitive experiences and results, it has taken Tenniscoats five years to release an entire studio album of their own. The wait has not been in vain, as four discs will be released consecutively beginning with “Music Exists – disc 1”. Music Exists saw a previously limited release on the Tenniscoats’ own majikick label.

“We started recording around January of 2013 with just the two of us in our 10 tatami-room in Tokyo we were using as a private studio. Arrangements were produced without computers by overdubbing on an analog console with mixing assistance provided by Saya. As we sent selected songs to be mastered by Yasushi Utsunomia, we were able to see the tracks grown into a full length album.”

What turned into a huge 4 disc project began in earnest three years ago. Tenniscoats wrote and recorded themselves using an analog console, a microphone, and what few instruments they had. As the project developed, they were surprised to find that they had amassed several albums’ worth of material.

“We tried throwing up the ideas we had in the beginning and not put too much of our strength into playing in order to develop the ideas of each song. Utsunomia, who did the mastering was the first person to ever hear the material for this album outside of the band. We sent songs to him carefully choosing an order that we felt would not make him bored. Thanks to his distinctive way of mastering, we were inspired to go further and further into the process.”

2016 marks the Tenniscoats’ 20th anniversary together. You could consider “Music Exists” as a sort of compilation of material stemming from these years spent together. With their unique combination of melodies, unexaggerated arrangements, and detailed mastering, Alien Transistor are extremely delighted to make this recording available to the public!