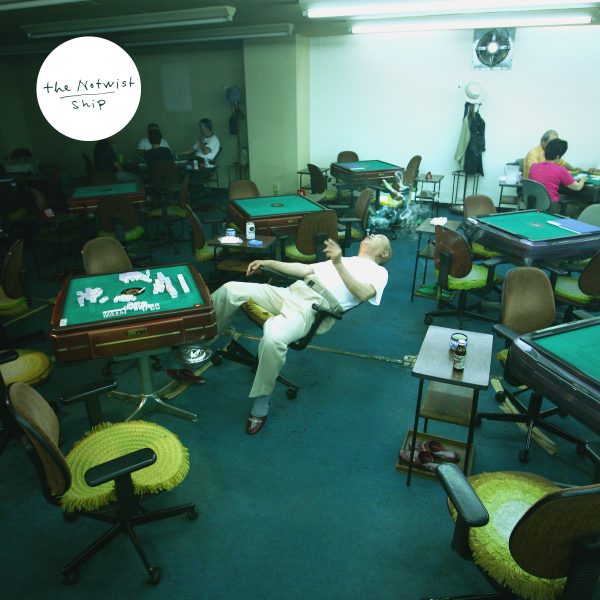 After six years, The Notwist return with three new tracks on Morr Music. It’s both an exposition of the the band’s musical variety and a prospect on a forthcoming album.

Six years have passed since The Notwist released their last regular studio album, but that doesn’t mean that the members of this outstanding band have been idle in the meantime. There have been side projects, movie scoring, and other activities, like programming four editions of „Alien Disko“, a festival taking place in Munich, Germany. One of that event’s regular guests was the Japanese duo Tenniscoats – and a lovely side effect from that was an evolving friendship between the two bands. It lead to various collaborations: most recently in a new album by international band „Spirit Fest“ (featuring Tenniscoats singer Saya & The Notwist’s Markus & Cico) & a deep digging compilation of Japanese indie music called „Minna Miteru“.

The title track of this new EP is another step in this collaboration – and a first step to an upcoming album by The Notwist – as it features Saya, who lends her voice to the percussive song. It is build around a slightly detuned synthline, which is contrasted by more pragmatic guitar work. „It neither sounds like The Notwist, Tenniscoats, nor Spirit Fest“, tells Markus Acher. „Just like Saya is saying in the lyrics: ‘I want to go outside, I want to meet people’, „Ship“ is another chapter in what The Notwist always tries to do: redefining itself, exploring something new, integrating different styles of music and collaborating with musicians they admire.“

The second song „Loose Ends“ is, in contrast, more classic Notwist material. A gently expanding ballad, this time featuring the distinctive voice of Markus Acher. The song came out of recording sessions for the soundtrack for „One Of These Days“, a movie by Bastian Günther. The EP then closes with „Avalanche“ a carefully optimistic instrumental.

With its variety of styles, „Ship“ also serves as an outlook on an upcoming album, which will be influenced by the band’s experiences from their detailed work of creating sounds and moods for film soundtracks, and it will include more collaborations with international guest musicians.