"All Those Streets I Must Find Cities For" 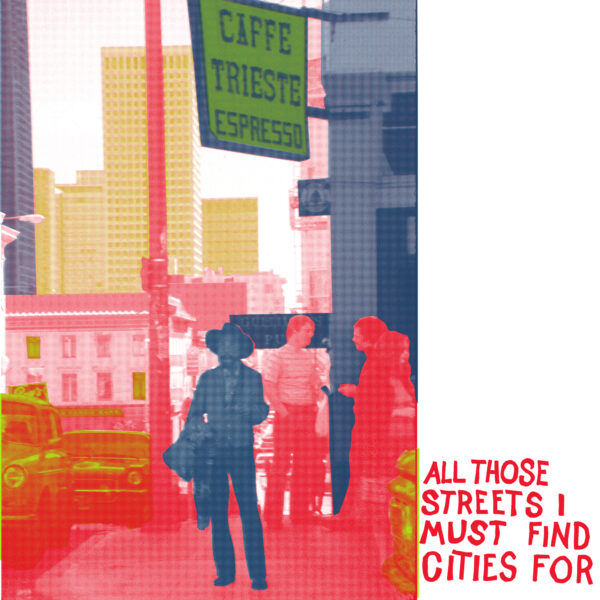 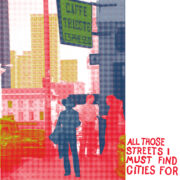 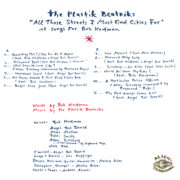 Sounds like supergroup. Rarely have outstanding figures of such a variety of musical styles collaborated on one album to pay homage to a nearly forgotten artist, one of the few black Beatnik poets, Bob Kaufman.

“All Those Streets I Must Find Cities For” by The Plastik Beatniks is an attempt to acoustically reanimate Bob Kaufman, to return the Beat to him in a transatlantic collaboration. It is a shimmering psychedelic, at times jazzy concept album, sometimes reminiscent of Krautrock or hip hop, about a Beat-era poet who was as great as he was forgotten. It takes spoken word to a new level, as a transatlantic showcase of musical avant-gardes and a joyful “sound archaeology” of modernity, in which the tracks of the “Plastik Beatniks” meet the best voices of America.

The 12 wildly different songs and audi collages, on the transatlantically-produced album, “All the Streets I Must Find Cities For,” is based on lyrics by Beat author Bob Kaufman. They were originally part of the radio play “Thank God for Beatniks,” for which author Andreas Ammer (“Ammer & Einheit”), brothers Markus and Micha Acher (“The Notwist”) and loop maker Leo Hopfinger (“LeRoy”) formed “The Plastik Beatniks.” On the eastern side of the Atlantic they composed music and crafted soundscapes. On the west side of the ocean, they asked three of the most renowned singers, activists and producers in the U.S. to recite or sing Bob Kaufman’s poetry.

Punk-pop icon Patti Smith immediately signed on to read Kaufman’s poem “Ginsberg (For Allen)”. Free jazz vocalist Moor Mother passionately performed Bob Kaufman’s “War Memoir”. American jazz clarinetist, composer, singer and “International Anthem” labelmate Angel Bat Dawid, a legitimate successor to Sun Ra, polyphonically read and sang such poems as “The Sun is a Negroe” and “West Coast Sound 1956” and included some clarinet solos on top. Also on the album, Bob Kaufman himself recites his previously unknown poems “Hollywood Beat”, “Would You Wear My Eyes”, and the “Jail Poem” “All Those Streets I Must Find Cities For”. Beat chronicler Raymond Foye, who still lives at the Chelsea Hotel in New York, contributed an interview he conducted with late beatnik Allen Ginsberg about Bob Kaufman. Completing the circle was hip-hop artist Adam “DoseOne” (“13+ god”), who once gave Markus Acher a well-thumbed volume of Bob Kaufman, whom he admired. He contributed some raps. Thus 12 tracks emerged, as diverse as the artists, poets and musicians who contributed to it. More than an album. An epitaph. A work for the eternity of Beat.

Regarding Bob Kaufman – of course the FBI kept a file on him – first as a sailor, then a communist, and finally a Beat poet. As one of the mainstays of the movement, he edited the literary magazine “Beatitude” in San Francisco and defined “Beatnik” to Allen Ginsberg: half rhythm, half sputnik. Bob recited his poetry loudly on the streets (when he wasn’t sunk into years of silence in protest of the Vietnam War) and in the bars and bagel shops of North Beach. Once, he almost landed a pop hit (“Green Green Rocky Road”), which then made Dylan’s companion Dave van Ronk famous. That Kaufman is today less known than his friend Allen Ginsberg may be because he was a black Beat poet, and also a Jew. This was not compatible with fame in the US of the 1950s. Though Kaufman had the same publisher, City Lights, as Ginsberg, he was frequently arrested and jailed, and was treated with electric shocks until he developed serious mental heath issues. There he wrote his “Jail Poems”. The seventh of these lent this album its name:

Someplace I have been is nowhere / I am not me

What of the answers / I must find questions for?

All these strange streets I must find cities for,