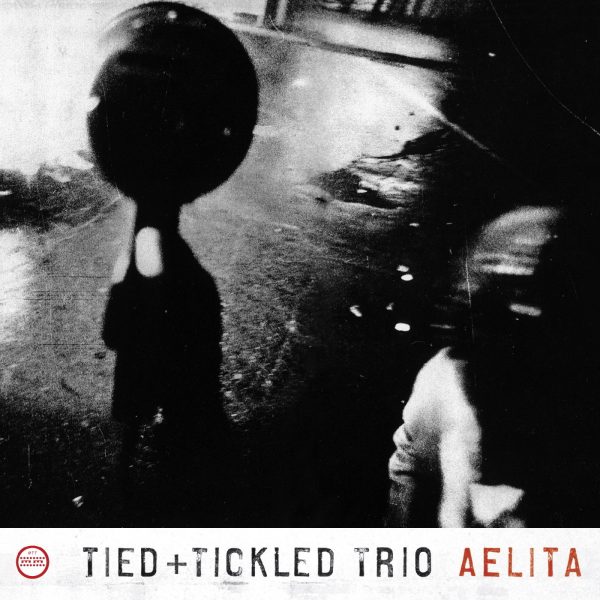 There’s no brass section, nowhere. There are no jazz-thetics, in that special sense how the Tied & Tickled Trio has made them audible, at least in German guitar-based underground. As well as in Electronica of the late 1990ies and the first years of the 21st century. I don’t want to talk about indietronic here. Even though the term “indie” still matches the Tied & Tickled Trio. Concerning attitude and disposition, concerning the delimitation of sounds, the renunciation of expectations – also with regard to themselves.
“Aelita” starts beyond all expectations. Initially, only one concert was planned, at the Hausmusik festival in Munich, in October 2006. A set was played there, that was extemporized for the most part, setting out into a past future. A melancholy journey, visiting former visions, futurism, science and science fiction. “Chlebnikov”, the title of one of the tracks, is named after the poet of the Russian Avantgarde who died of starvation within the crisis of the 1920ies. “A rocket debris clouds drift” is the name of another one. The dark side of the moon.
The concert’s remains were traces of euphoria – within the audience as well as within the band. That’s why this album exists today, created only in three time three days. Recording, arranging, mixing. As rough and open as possible and still very concentrated, minimal, melancholy and excessive. A slow and well-travelled dub, “tamaghis”, echo-chamber-music, the orbit as sounding space. There are further three interpretations of the title track; they are all melancholy miniatures: xylophone, glockenspiel, melotrone dismal sounds. One might think of a space capsule, that gradually loses its contact to the earth. Or, vice versa, of people that stick to the ground all the more. The silence after the storms. An obituary of an utopia. “You said tomorrow yesterday”.
On “Aelita” the Tied & Tickled Trio are Caspar Brandner, Andreas Gerth, Markus and Micha Acher and Carl Oesterhelt. A band that listens very carefully to what their sounds do. A band that permits them to be surprised by themselves. This might be the very last space-metaphor of this album: the Tied & Tickled Trio and the orbit of its possibilities.