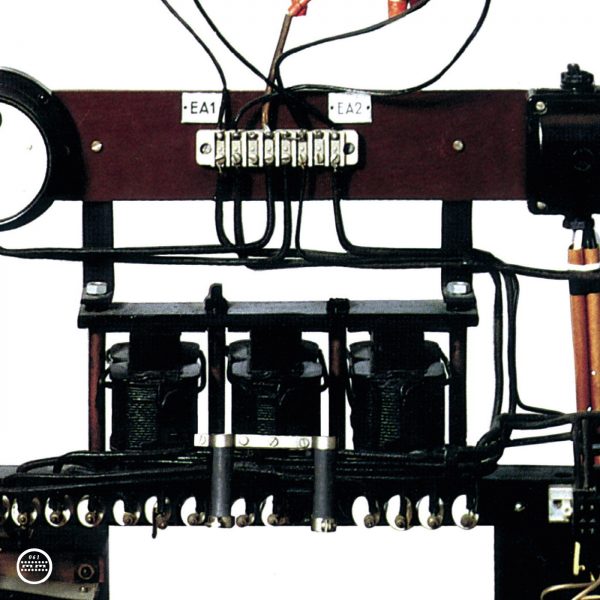 An intimate overture. Woodwind instruments in a whispering dialog. With “octant” this second album of the Tied & Tickled Trio begins far away from the Storm and Stress of their self-titled debut. It begins in a mood that is typical for “EA1 EA2”, which was originally released on the small Weilheim-based label Payola in autumn 1999. Also the second track “unwohlpol” – built around an electronic pattern – spreads a calm, nearly melancholic atmosphere. Or “yolanda” with its charming piano tune, a remembrance of Eric Satie or a long autumn walk.
“EA1 EA2“ is a cool, sometimes even a calculated album. It is about reducing and pausing; less free-jazz than the debut. Like in “d.b. track” where the nervous shimmering of electronic noises flows into the warmth of a swelling trombone. “cool jazz” – that’s what the press was reminded of.
In some directions “EA1 EA2” is the consequent follow-up to The Tied & Tickled Trio’s self-titled first album. It isn’t a minor intensive record, but it is intensive in a more introvert manner. The different influences of The Tied & Tickled Trio are clearly separated: Sensitive Jazz without fear of pleasant soundings, noisy but carefully measured electronics and the polyrhythmic drumming of Markus Acher and Casper Brandner, who had both started the Tied & Tickled Trio as a drums-only duo in 1994.
But there was also something new about the debut: “EA1 EA2“ deals with the recording studio’s possibilities in a curious and open-minded way. It phrases the difference between the live and the studio situation, which from then on became a challenge for The Tied & Tickled Trio. Seven years later the band has just released film material of one of their recent concerts on their DVD “observing systems” on Morr Music as a result of this process: Their concerts are not just a reproduction of their studio recordings and vice versa.